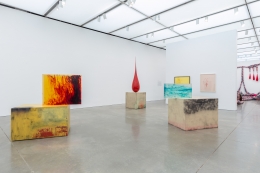 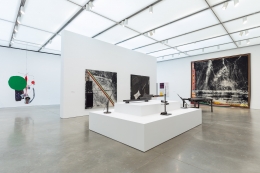 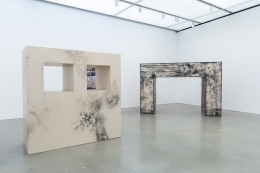 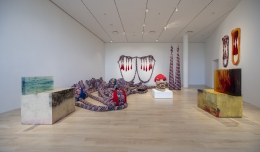 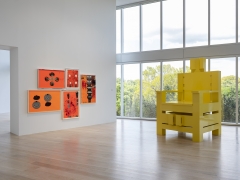 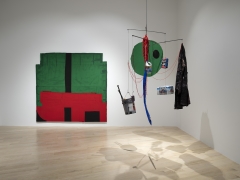 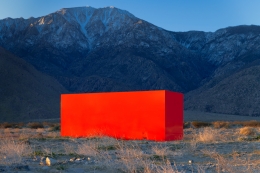 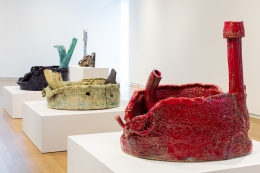 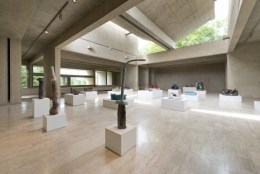 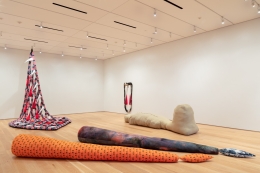 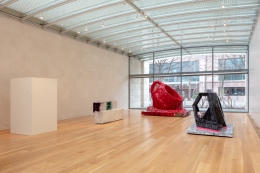 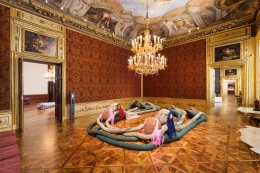 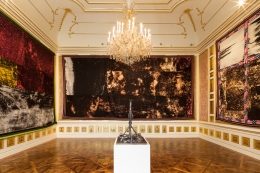 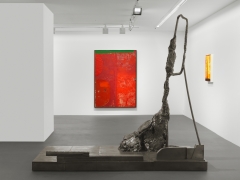 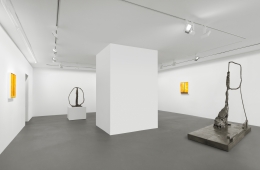 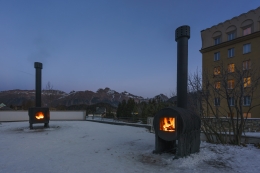 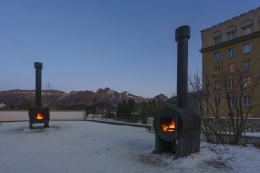 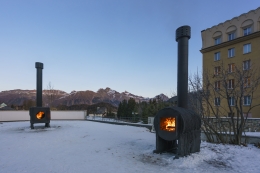 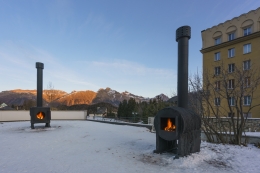 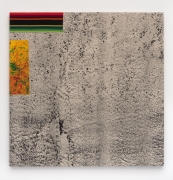 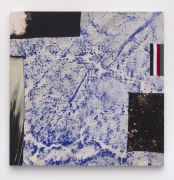 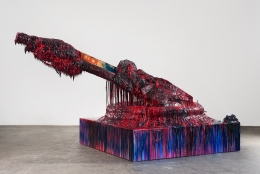 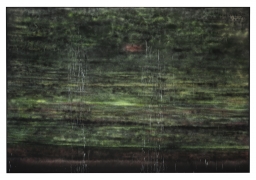 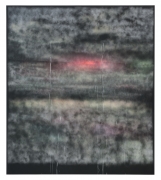 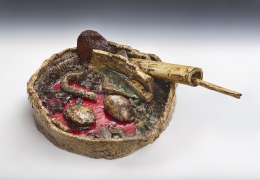 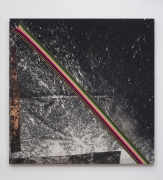 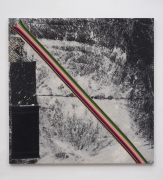 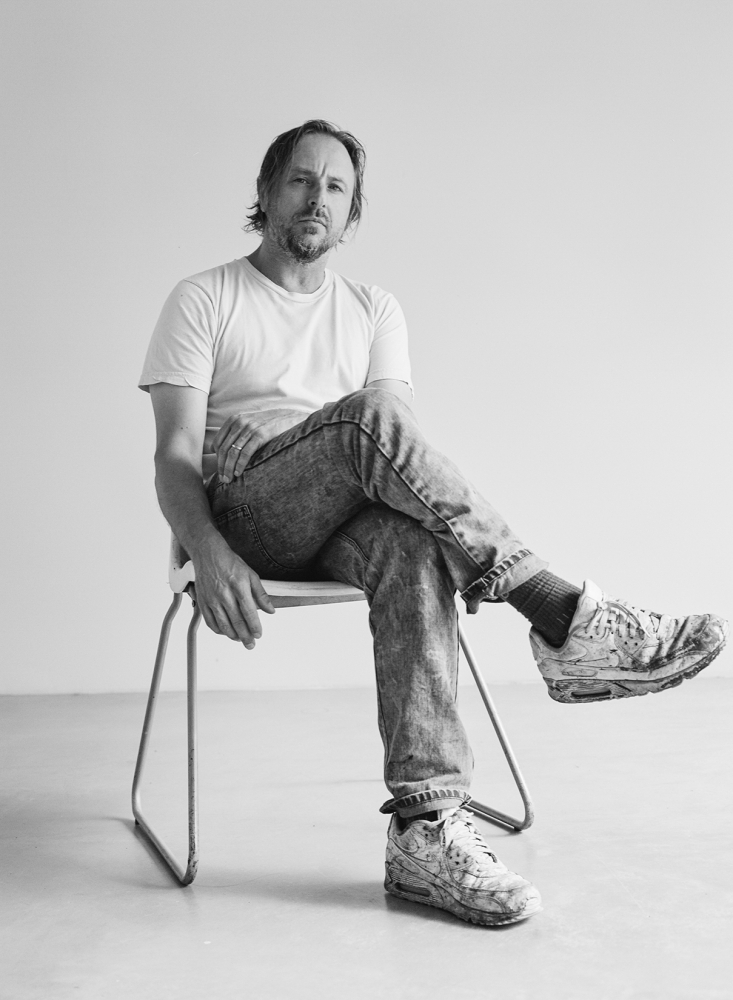 Sterling Ruby, born 1972, is an American/Dutch artist working in a wide range of aesthetic and material strategies, from polyurethane, bronze, steel and ceramic sculptures; to drawings and collages; photography and video; spray-paint and oil paintings; as well as textile works, including quilts, tapestries, garments and soft sculptures. He was born on an American military base in Bitburg, Germany to a Dutch mother and an American father. He received a BFA from the School of the Art Institute of Chicago, and an MFA from Art Center College of Design in Pasadena, California.

Ruby has cited a diverse range of sources and influences including aberrant psychologies, urban gangs and graffiti, hip-hop culture, craft, masculinity, violence, public art and civic monuments, prisons, globalization, American domination and decline, waste and consumption. Even as his work deals with issues related to the violence and pressures within society, and art history, it also reflects his personal biography. In his work, he vacillates between the fluid and static, the minimalist and expressionistic, the hard and the soft, the pristine and the defaced. His voracious cycling through materials and subject matter has given rise to numerous recurring series and extended bodies of work.

In December 2015, on the occasion of the opening of Vito Schnabel Gallery in St. Moritz, the gallery presented an outdoor installation by Ruby that was comprised of two functioning wood-burning stoves, each measuring 14 and 17 feet in height, respectively. In March of 2017, VSG presented a solo exhibition of new work by Ruby titled MIX PIZ. The exhibition featured all new work from a variety of mediums: bronze, mobile, collage, painting, and ceramic. The works were inspired by the history and landscape of the Engadin region.

Public collections include the Solomon R. Guggenheim Museum, New York; Whitney Museum of American Art, New York; Museum of Modern Art, New York; Museum of Contemporary Art, Chicago; Walker Art Center, Minneapolis; Museum of Contemporary Art, Los Angeles; Los Angeles County Museum of Art; Hammer Museum, Los Angeles; San Francisco Museum of Modern Art; Montreal Museum of Fine Arts; Musée d’Art Moderne de la Ville de Paris; Moderna Museet, Stockholm; Louisiana Museum of Modern Art, Denmark; and Tate Modern, London. In 2014, Ruby exhibited at the Taipei Biennial, the Gwangju Biennial, and the Whitney Biennial. His work was included in the biennial MADE IN L.A. 2016 at the Hammer Museum, Los Angeles, and he was the subject of a solo exhibition at the Winterpalais, Belvedere Museum, Vienna in 2016. Sterling Ruby: Ceramics, was on view at the Des Moines Art Center, and then at the Museum of Arts and Design in New York in 2018. A solo exhibition was also held at the Nasher Sculpture Center in Dallas in 2019. Recently, Sterling Ruby was on view at the ICA Miami and the show has since traveled to ICA Boston, which is on view through May 26, 2020.