"Robinson’s exploitations of pop imagery succeed by failing the Pictures Generation shibboleth of ironic detachment. In his paintings, the louche sexual glamour of penny dreadfuls and the temptations of booze and junk food are palpable—only the more so, nostalgically, now that the artist is abstemious. Robinson is a Manet of hot babes and a Morandi of McDonald’s French fries and Budweiser beer cans, magnetized by his subjects as he devotes his brush to generic painterly description."
– Peter Schjeldahl, "A Man-About-Downtown Gets His Due," The New Yorker, September 26, 2016

(St. Moritz, Switzerland)—Vito Schnabel Gallery is pleased to present a solo exhibition of Walter Robinson’s work, entitled The Americans, featuring paintings on sheets that depict scenes from the covers of paperback romance novels—a central motif of his work. The exhibition will include new Romance paintings, created this year, along with two works in the same series from 1986. A key figure in the Pictures Generation along with friends like Cindy Sherman, Julian Schnabel, and Richard Prince, Walter Robinson has been a fixture of the New York art world for decades both as an artist and as editor-in-chief of Artnet magazine. On Robinson, New Yorker critic Peter Schjeldahl mused, “The art is like the man: wry, with blatant charms and slow-acting authenticities.”

Robinson describes the central theme of his work as being at base level about appetites, from the sexual to the culinary. Robinson writes, “Bed sheets serve as an almost universal accessory to elemental manifestations of desire. Also amusing is the thought that bed sheets are horizontal in the dark and hung vertical to dry in the sunshine. Nature is horizontal and culture is vertical, and a patterned bed sheet introduces the whimsical curlicues of the social imagination into the horizontal biological realm.” He also describes the patterned bed sheets he paints on as “a metaphor for the continuous field of consciousness.”

The art historian Leo Steinberg ventured into the contemporary with a theory   of the “flatbed picture plane,” which he applied in particular to Robert Rauschenberg. Steinberg noted the classical notion of a painting as a “world space” that corresponds with a head-to-toe human posture, and posited in its place a horizontal workspace, like a tabletop on which items are scattered or information is imprinted. Robinson’s works seek to enliven Steinberg's speculations of this “radically new orientation, in which the painted surface is no longer the analogue of a visual experience of nature, but of operational processes”, something which he described as “the most radical shift in the subject matter of art—a shift from nature to culture” (Leo Steinberg, Other Criteria, 1972, pp. 61-98).
Born in 1950 in Wilmington, Delaware and raised in Tulsa, Oklahoma, Walter Robinson moved to New York in 1968 to attend Columbia University, where he studied Art History and Psychology. Robinson still lives and works in New York, where he maintains a studio. Robinson has shown his work at several New York galleries, and a retrospective exhibition of 80 paintings was organized in 2014 by Barry Blinderman for the University Galleries at Illinois State University in Normal, IL. The exhibition traveled to the Moore College of Art and Design in Philadelphia, PA and Jeffrey Deitch in New York. A 1986 sheet painting, Baron Sinister, was recently acquired into the permanent collection of the Whitney Museum of American Art, New York, and was on view in their spring exhibition, Fast Forward: Paintings from the 1980s.
Download PDF (German)
Download PDF (English) 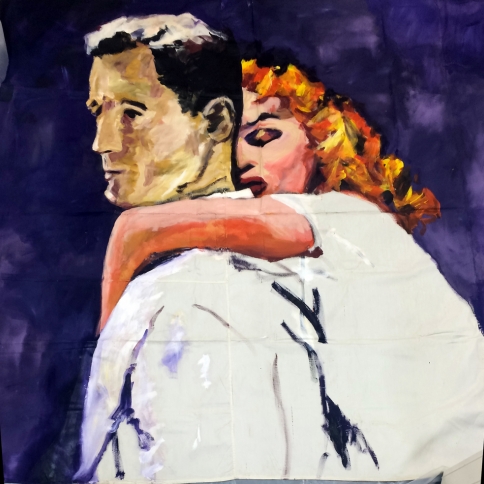 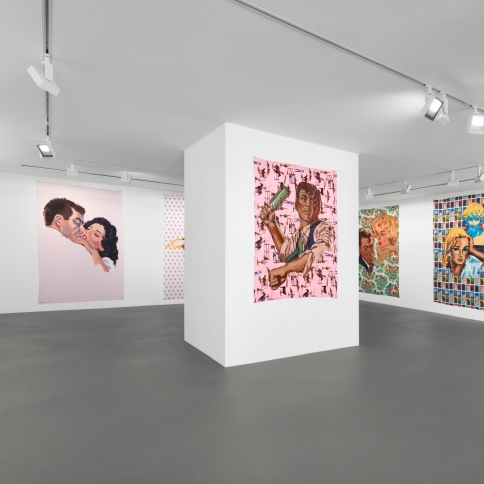 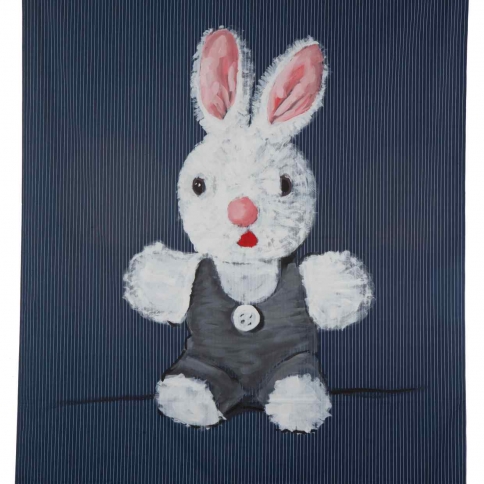 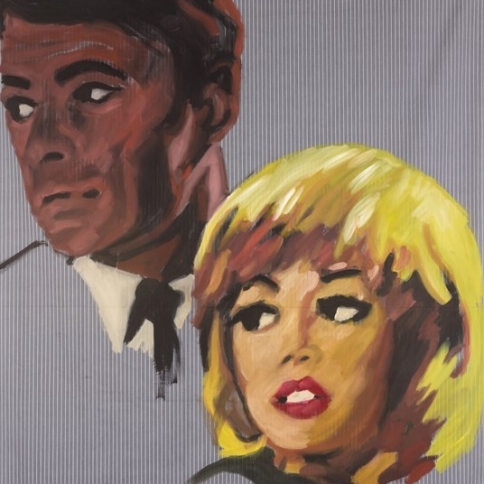 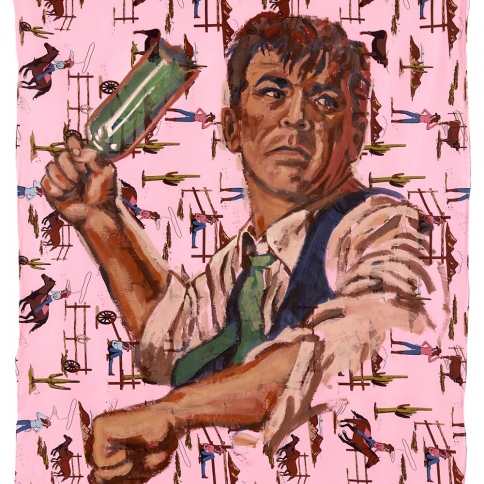 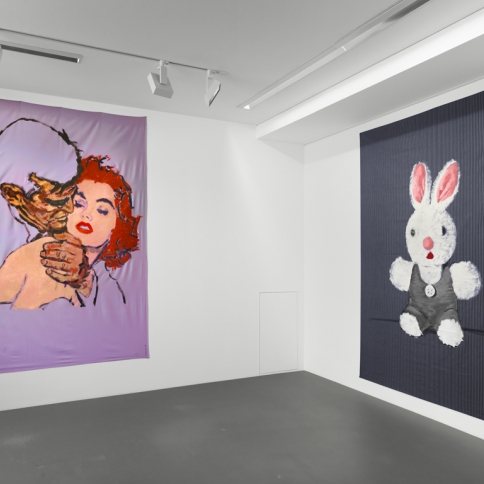 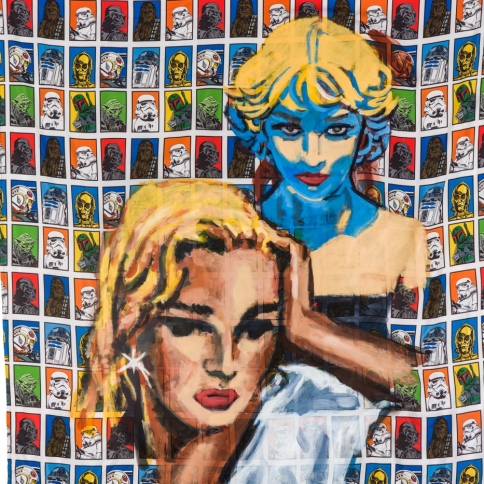 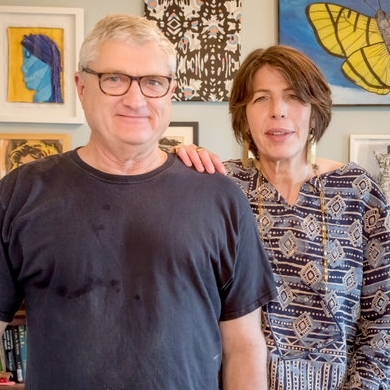 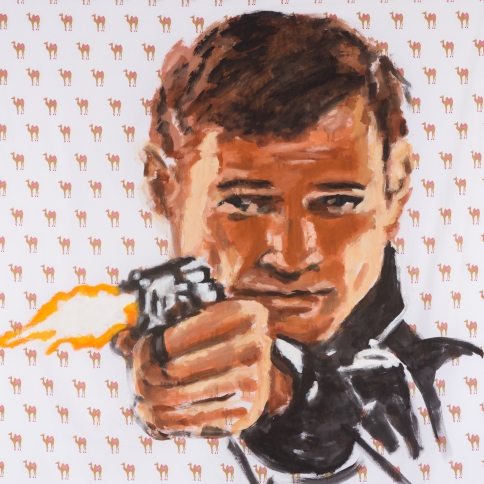 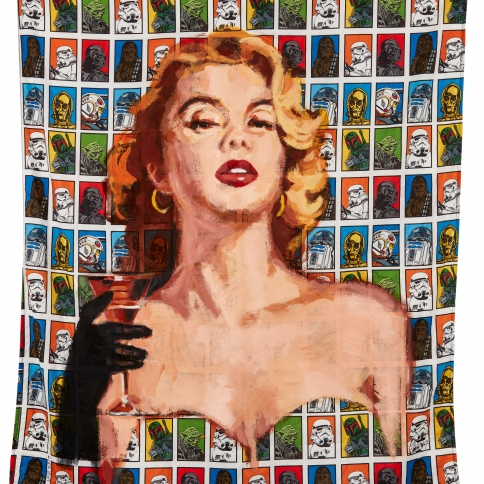 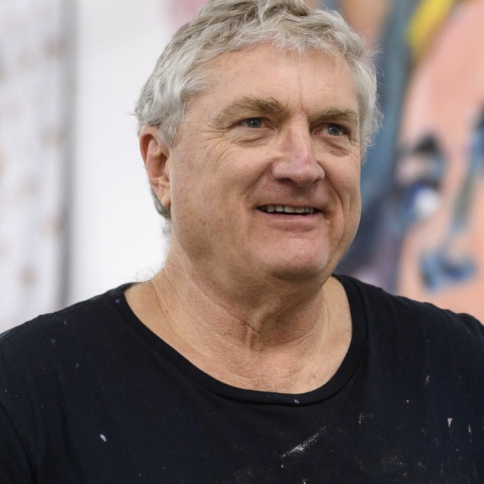 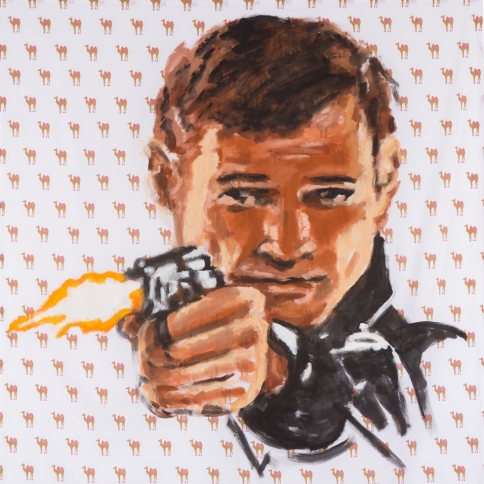 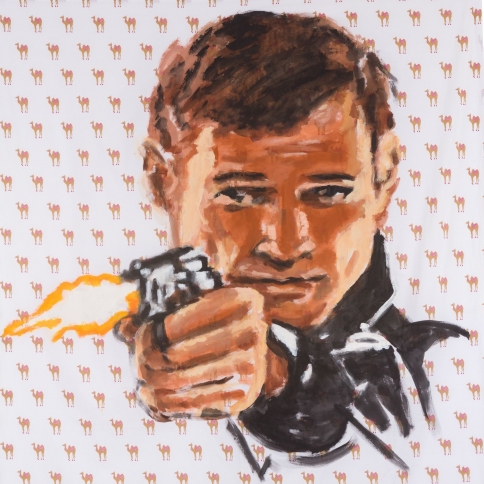