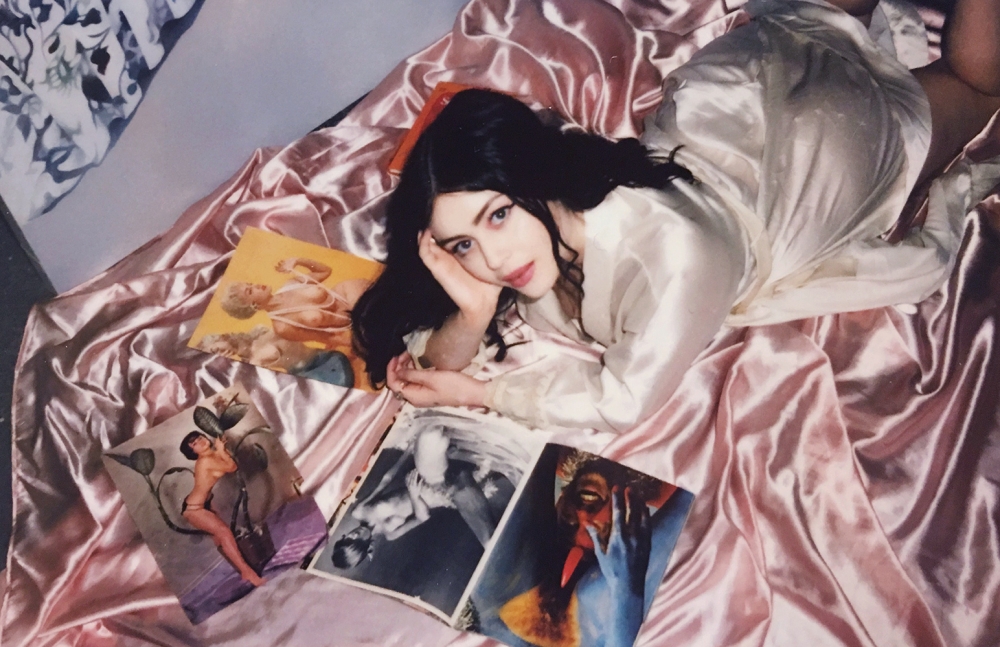 March 12 will see the opening of Wonderland Avenue, Ariana Papademetropoulos’ debut exhibition at MAMA Gallery in Downtown L.A. “The show explores the mythology that surrounds Los Angeles in both its light and dark histories," says Papademetropoulos. “It references a place that only is meant to exist in fantasy yet in reality has taken a more sinister turn.” In this body of paintings the Los Angeles native explores the physical and psychological, offering a “voyeuristic glimpse of another dimension," through pictorial surfaces that reference reality yet ultimately remain an illusion. The duality of the real and the imaginary is also intrinsic to her process, says Steffie Nelson in a press release about the exhibition. “She is a pictorialist who uses traditional techniques to unexpected effect, working with a saturated palette and trompe l’oeil devices that create a hyperrealism bordering on kitsch.” The piece Papademetropoulos is most excited about is an installation that conceptually extends from her paintings. A beaded oval hole in wall is the only way to access a fantastical yellow room with a cage with a live cockatoo at the center of it. The perfection of the space is interrupted by imperfect clues into something that has taken place before one’s arrival: clutter on the floor, and a broken flower vase. “It lets your mind wander in the same way my paintings intend to.” Says Papademetropoulos. “The idea of turning the paintings into a dimensional experience excites me and hopefully this oval hole in the wall will give people the possibility to do so.”

Wonderland Avenue opens on March 12 and runs through April 23 at MAMA Gallery in Los Angeles. Interview and photography by filmmaker Abigail Briley Bean for abigailbrileybean.com