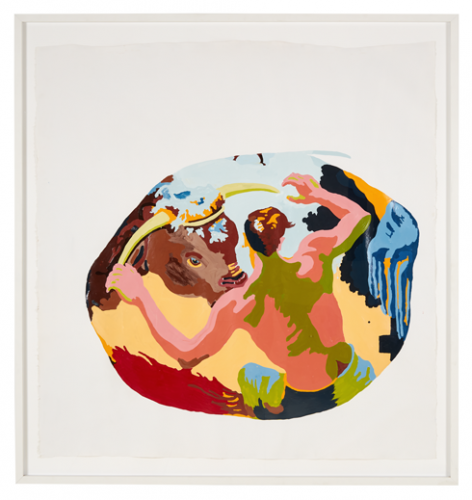 One of the distinct calling cards of the coronavirus pandemic has been the sudden wave of cancellations that it’s spurred, even for events that took months to plan and arrange. Although many parties and ceremonies have been cancelled—or “postponed” until further notice”—the Tribeca Film Festival is moving forward. Granted, it won’t be taking place at its hub, Spring Studios.

Indeed, the event’s higher-ups have announced the world-renowned event will kick off tomorrow, April 15, through online streaming. One portion of the festival, Tribeca X, which is devoted to the intersection of advertising and entertainment, is already available for viewing. This digital adaptation may not be what fans expected just one month ago, but it means filmmakers and their crews will still be recognized for their work, bringing scripts to life, and that audiences will still be able to check out new stories and entertainment.

The festival and its subsequent award ceremony seem particularly warranted in this moment. Why? Because one thing many of us are doing, of late, is watching films. Granted, it may be an escape that some of us have failed to revel in for years—“busyness” pervades existence—but during this unique moment, when so much of “normal life” has been halted, it seems we’ve being compelled to hunker down and revisit our lifelong romance with cinema. “They have more time on their hands, if people are doing their part and staying home,” says the 33-year-old gallerist Vito Schnabel, who is curating the art that will be awarded to winning filmmakers. “People have more time to read and look at film. It’s comforting to enjoy.”

Tribeca is the only film festival in the world to award art as a prize since its inception 19 years ago in 2002. The indie movie festival, when it sprung up shortly during the devastating aftermath of September 11, was seen as offering a “light” during a dark moment in American history. Likewise, Schnabel says he hopes that this year’s festival, with its fresh content, will uplift audiences during the ongoing uncertainty of the COVID-19 crisis. He also believes that supporting filmmakers during this time may lead, next year, to heightened work. “I keep looking back and it’s a historic moment,” says Schnabel. “A lot of great art has been made in historic moments.”

In terms of the illustrious award ceremony, which is being sponsored by Chanel, the gallerist has handpicked work donated by a cross-generational selection of artists, among them Rita Ackermann, Vahakn Arslanian, Francesco Clemente, Helen Marden, Robert Nava, Sterling Ruby, Julian Schnabel, Pat Steir and Gus Van San. (A complete roster of the art awards for each competitive category is available here.)

Although the Tribeca Film Festival has previously provided an online program, it was, according to its staff, “never with this [year’s] emphasis.” This said, the jury is still out whether there will be as intense engagement from spectators as prior years. For Schnabel though, the fact these envelope-pushing films are still poised to be shared despite the current circumstances is a laurel in itself. “That people have access to these films is an incredible thing,” he says. “It’s about having an outlet to another world. You can be transported.”

Perhaps it’s because of our current circumstances that the festival’s organizers are making a point to carry on. It’s not just about putting on a show. During this time when many feel helpless, it’s helluva thing to be reminded, through these films, that we’re still capable of doing great things.