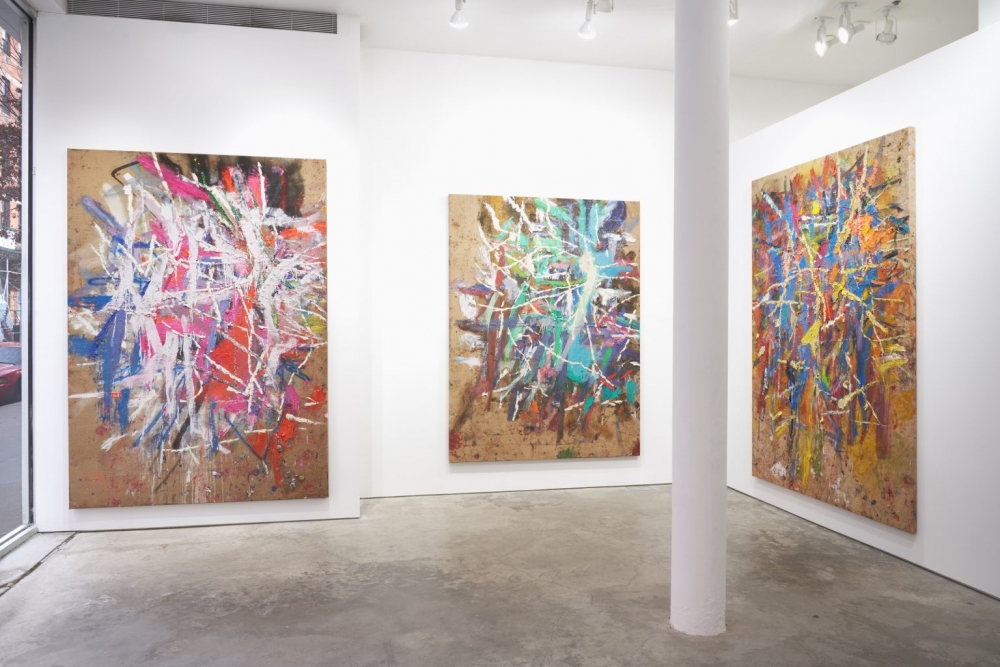 Spencer Lewis’s large, colorful, gestural abstractions, on view at Harper’s Chelsea, are deliciously physical and boldly display the process of their own creation. Visible from the street and hung close together, the paintings get right in your face as you enter the gallery. Gallerist Harper Levine, who has shown Lewis’s work at his other locations in East Hampton and Upper East Side, has chosen to christen his new Chelsea location with this new solo show of Lewis’s. Titled Six Jutes (2), it is the second in a two-part exhibition that showcases eleven paintings hung six at a time, anchored by one particular piece (the “mother”) that appears in both parts.