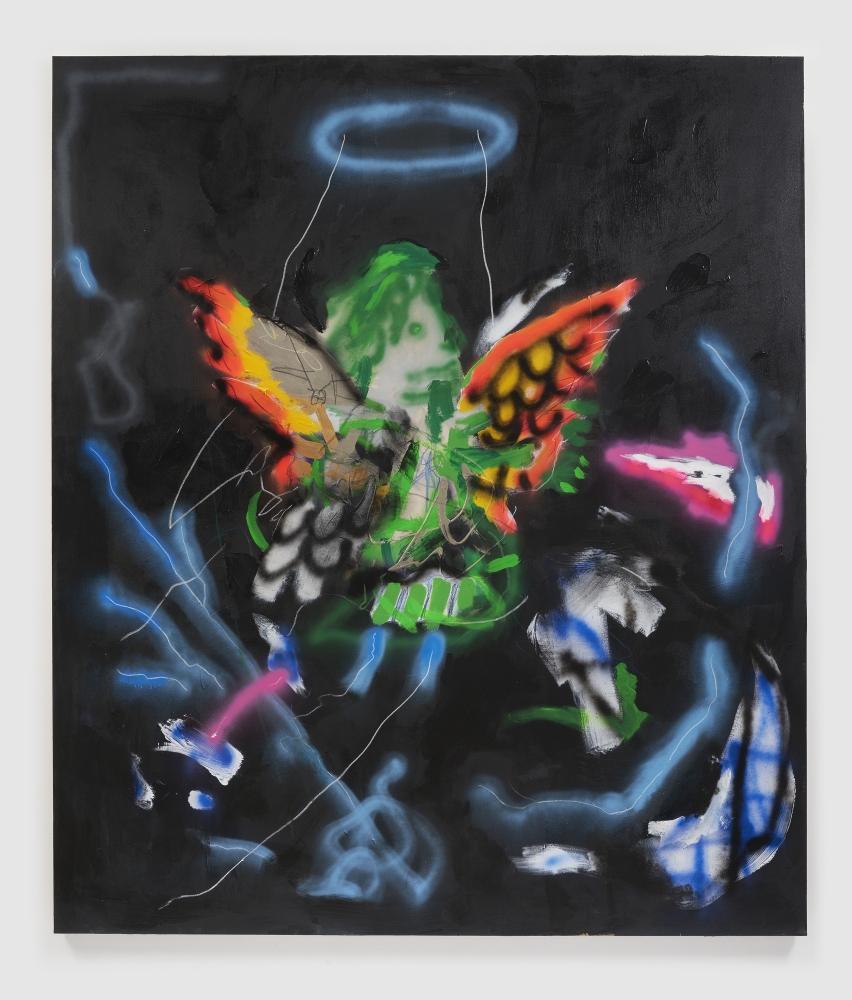 There are several options afforded to an art critic when contemplating the existence of Robert Nava: Angels at Vito Schnabel Gallery in Chelsea: Ignore the show critically or entirely; simply experience the show as a humble fan of art; choose to write about it as if it exists in a bubble; or write about it as though it doesn't exist in a bubble. What is preferable, right, ideal or ethical depends on who you are and who you ask. For critics who are known to also interview artists, there’s always an open mind, the benefit of the doubt, and privileged, direct access to the creator.

Pulling back a moment, an action which itself might be indicative of a certain modicum of privilege, there seems to be quite a bit of emphasis being affixed to art that previously hasn’t but perhaps should be contextualized as more “interesting” or more “important” than most other art out there currently. If there is a hierarchy of importance, which there may very well be, one must be talking about the notion that human, fleshy bodies, our own bodies perhaps, are in immediate danger somewhere or everywhere in the Earth realm; whether in some frighteningly close or desperately far away quadrant of our mundane, political, base reality. This is because to a large degree, pain is how most human beings define their reality-the pain of loss, of being ignored, oppressed, overlooked, misunderstood, under-appreciated, controlled, abused, intimidated, bullied or outright assaulted. Pain is the prime measuring tool by which human beings seem to gauge importance and urgency, whether in the ER waiting room, in the playground, in the newsroom, or in the gallery or museum. It is the cruel but critical pinch on the cheek of the lucid dreamer. For many contemporary artists working today, it’s stigmata or bust.

So where does the East Chicago-born (1985) artist Robert Nava’s first solo show in New York City, Angels, fall within the hierarchy of importance; whether in the “art world,” in Manhattan, in American culture, in “the West,” on the planet, in all seen and unseen dimensions? Angels, as we understand them in art and culture, or within the root, sacred texts of ancient wisdom traditions, generally exist beyond the flesh, beyond pain, often perceiving it at a removal, barring some kind of possession, divine intervention or gnostic communion. Nava’s show doesn’t appear to be addressing human pain or anyone’s specific trauma directly, but it might be acknowledging this larger, pervasive cultural pain complex from afar. Can or should this expanded, more abstract and obtuse perspective be viewed as valid or even important in our dangerous and beautiful world?