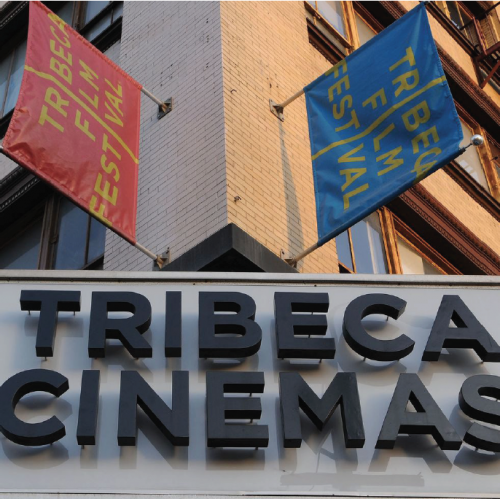 The fashion house and film fest's annual Art Awards are still happening, despite delays related to the coronavirus.

The Tribeca Film Festival might be closer than you think. While the annual event, which screens the year’s most important feature films, documentaries, shorts, TV shows, and virtual-reality programming, has been postponed to a yet-to-be-determined date, the festival announced today that it will roll out a digital program for some of its most anticipated content.

That means that select films and some of the festival’s awards—including those from a jury including Sheila Nevins, Danny Boyle, Regina Hall, and Lucas Hedges—will continue as planned during the dates (April 15 through 26) that the festival was scheduled to take place.

Among the events will be the annual Tribeca Film Festival Art Awards, held in partnership with Chanel, which awards selected filmmakers—in categories including best narrative feature, best documentary feature, and best animated short, among others—from across the fest with works of art.

Rosenthal, the festival’s CEO, says, “Now more than ever, it is important that we come together to celebrate the work of the amazing storytellers that give us laughter and craft the stories that unite us. It is our responsibility to honor these creators with the Tribeca Art Awards along with Chanel, our partners for the past 15 years.”

This year’s artworks were curated by gallerist Vito Schnabel and come from an impressive group of artists, including Rita Ackerman, Francesco Clemente, Sterling Ruby, Pat Steir, and Gus van Sant. “I am honored to have been invited to assemble a cross-generational group of nine artists whose work captures the current mood of contemporary society,” Schnabel says. “This project is inspired by the connection between artists and filmmakers as natural storytellers, creators of narratives that accrue to a form of cultural journalism.”