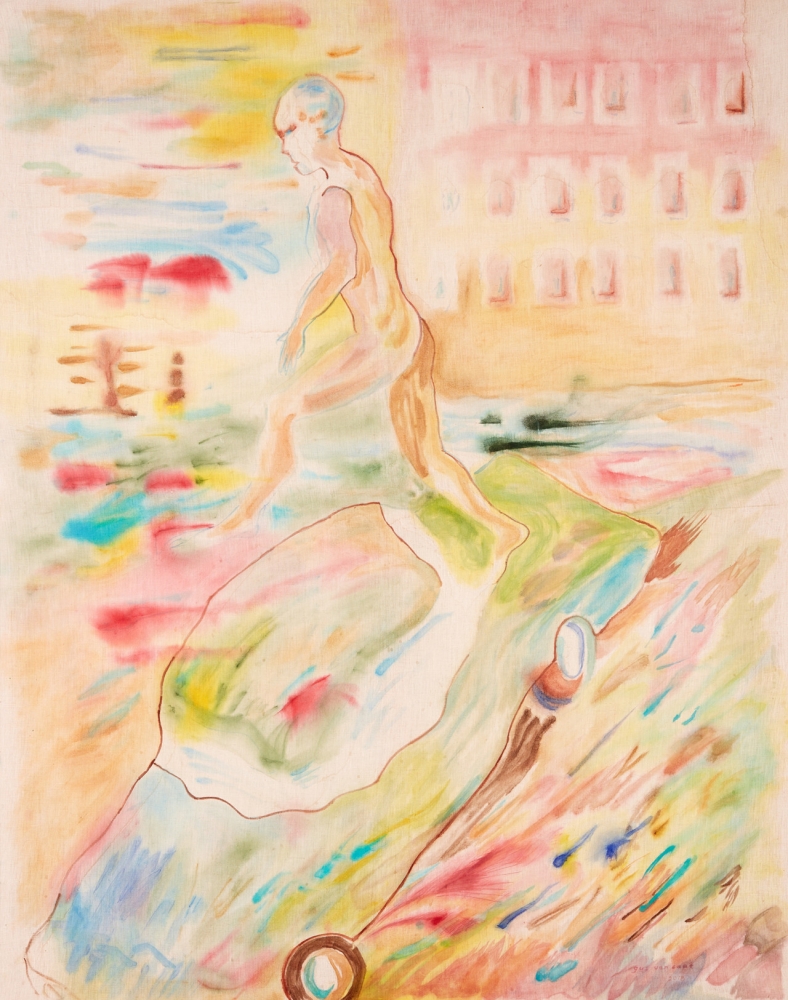 Not everyone knows Gus Van Sant as a painter but the fêted American auteur and photographer has been dabbling in the medium since his childhood in Connecticut. He even undertook a dual major in painting and film at the Rhode Island School of Design in the 1970s, before dropping painting to focus purely on cinema. If you’ve watched his beloved 1997 drama Good Will Hunting then you’ve already seen one of his works: the brooding watercolour of a rowing boat at sea, propped on the office window sill of Robin Williams’ Dr. Sean Maguire and dissected by Matt Damon’s Will during the pair’s first therapy session. (Van Sant gave the painting to Williams after filming wrapped, and it was sold through Sotheby’s last year for $90,000.)