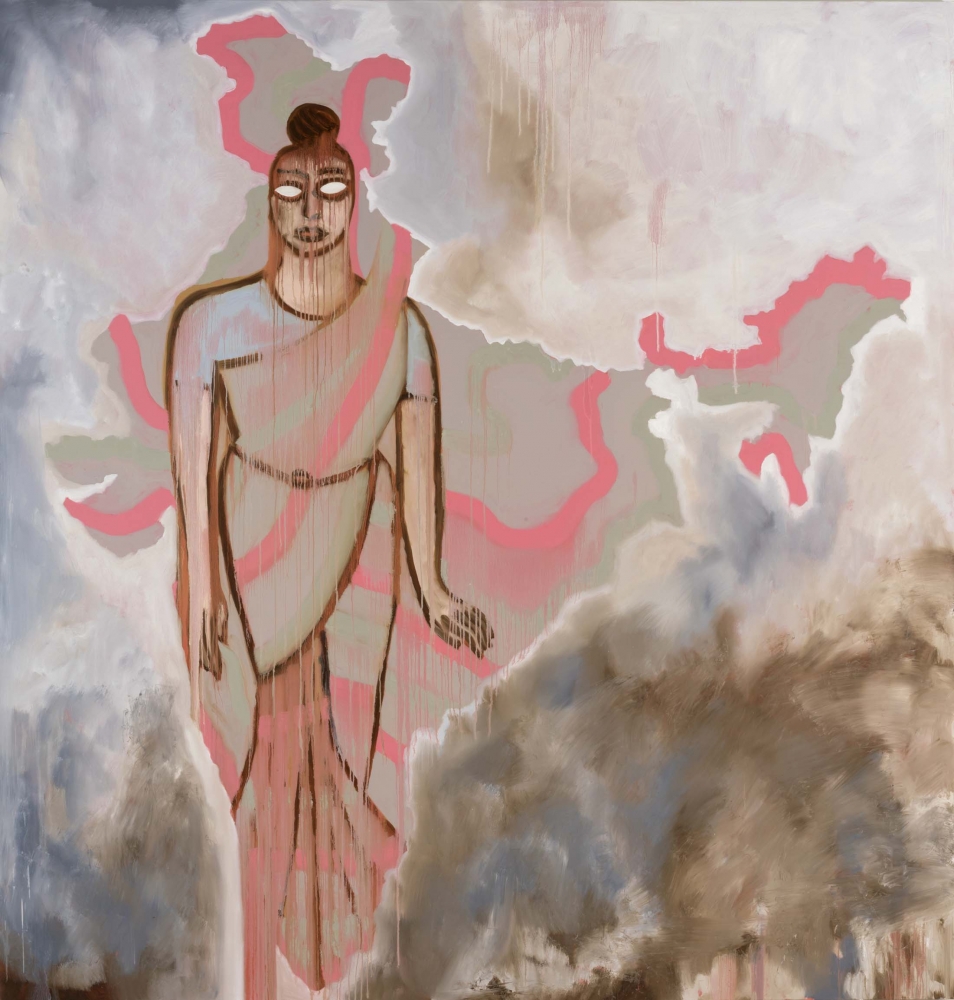 Francesco Clemente, the Italian painter, has been deeply inspired by India since he first visited the country in 1971.

In the decades since, he has immersed himself in Hindu spiritualism as well as local pop culture, studied Sanskrit and incorporated techniques he learned directly from Indian miniaturists and Bollywood poster painters within his work. When he’s not in New York or Rome, he spends a portion of the year in Chennai or Varanasi.

Indian symbols and imagery—from the supernatural to the everyday—have long appeared in his dreamlike pieces. Now, with a new series on view at Vito Schnabel Projects in New York City, Clemente pulls back further, exploring the country as a shape on a map, the distinctive outline of the nation taking up most of the canvases of four large scale oil paintings.

In each, Clemente renders his subject in washes of suffused pink, offsetting the tone with dusty blues, grays and browns.

Detached from surrounding landmasses, the boundaries of the country act as a portal into an alternate universe, through which one can glimpse the glow of a hot sun, fish and seashells, or a sari-clad woman with gazing eyes.

One striking image pairs cheerful, Warhol-esque flowers with human skulls, a prevalent icon in both ancient Hindu and Buddhist art, in which deities are often shown wearing necklaces made of them.

Francesco Clemente: India opens on November 8th, with a parallel exhibition going up at Schnabel’s space in St. Moritz on December 27th—just in time for New Year’s Eve crowds to descend on the Swiss Mountain town. Titled Francesco Clemente: Clouds, the St. Moritz show will include a selection of the artist’s oil on canvas depictions of evocative cumulus clouds on backgrounds that range from dusky indigo blue flecked with orange and yellow to a surreal acid green.

Given the altitude, the subject matter and location make a natural pair.