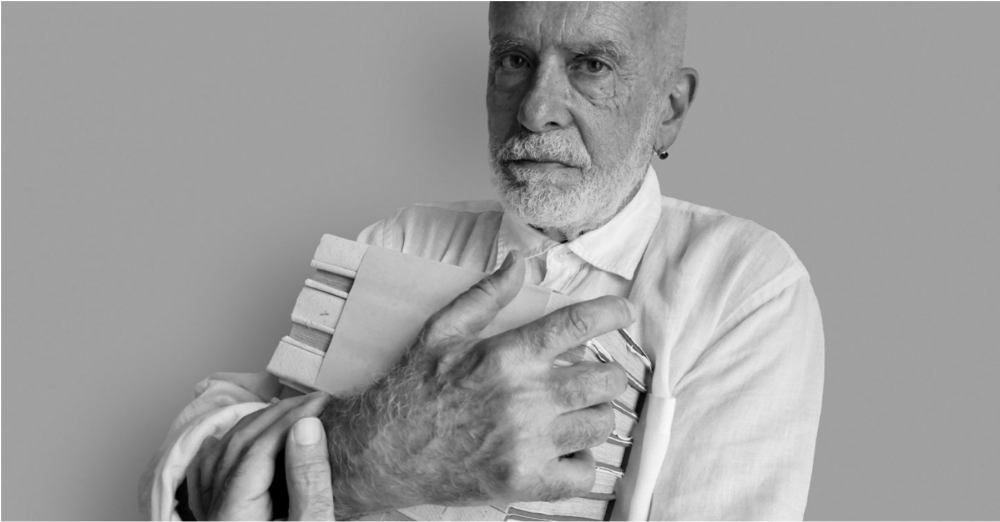 Mr. Clemente, you once said that boredom can be the origin of a very good idea. Where has boredom taken you lately?

Boredom is my teacher. I am as bored today as I ever was. Exhausted by the loops of conditioned thinking, I end up nowhere and there I feel happy and I have the urge to share my happiness by painting it. These days, all the unnecessary activities have been swept away, and I am left with my paintings. But I find that I do not work more than I used to, I do the amount of work necessary to say what I want to say.

Apparently your active imagination is something that developed while growing up in Naples in the 1950s, where you spent “many empty afternoons.”

Naples is a pagan city. Every church is built on top of a pagan temple and some of the Saints carry on legends and powers of ancient Roman and Greek deities. The Naples of my youth was sleepy, dangerous, hopeless. The monuments of Naples are not only grand but full of mysteries — there was no entertainment other than getting lost in subterranean crypts, consecrated by alchemists and wizards of old.

Where do you travel in your imagination these days?

Travel has always been an important part of your life as an artist. Is viewing art also a form of travel?

Making art is to time-travel! To look at the Fayum portraits of Roman Egypt or Etruscan funerary sculpture means to ask: What did these people feel? Can I feel like them? And, if I felt like them, what would I make? The present is a terrible thing. And only people who have stopped believing in the future imagine they don’t have a past.

When was the last time a work of art transported you to a different place?

To be transported to another place, one does not need to go to the museum. There is beauty, a desolate kind of beauty, just a few blocks from where I live with all the stores boarded up just like they were 40 years ago when I arrived in downtown New York…

You’ve also suggested that your artwork itself is influenced by geography rather than history. In what ways?

Yes, I traveled to Afghanistan with my mentor Alighiero Boetti, who was 10 years older than me. It was a world where you could actually go somewhere and get lost. There were not many telephone lines, for a trunk call you would have to wait for hours in a post office and if no one answered, the next town might not have a post office or a phone line! We travelled on the flat top of a truck up riverbeds into Pamir, the last refuge decades later of Osama Bin Laden. There were no roads, no hotels, little to eat, raisins, bread, and the choice of black tea or green tea. Still there was the most exquisite hospitality from strangers who gave always all the little they had.

And this had a direct impact on your art?

Well, Boetti was there commissioning embroideries from Afghan weavers, and I was enchanted by the dynamic relation of control and surprise in his work. So I replicated that process later in India with local sign painters, who would fill my outlines and complete my paintings with sections of luscious paint done in a sort of Pop Bollywood poster style.

Have you been back to India since then?

I still have the closest possible relation with India. I even require in my will to be cremated in Varanasi, the city on the Ganges. In Bengal, tribal women storytellers sing in front of paintings depicting stories of their songs. Today they have abandoned the traditional stories and myths of their tribes and only paint and sing about catastrophes: September 11th, the Titanic, the tsunami — I wonder if presently they have moved to the pandemic. As you can imagine, I have great interest in the encounter of very ancient ways of imagining, and storytelling with contemporary realities. In a way I am always looking for that distance, a way to see the present as remote.

What do you mean by distance?

To be a painter I needed to be an exile. To be oneself is not that interesting. To be lost in between states of being opens a door. In India, I learned how to think as an artist.

You then moved to New York in the 1980s… What have you learned from this time spent in America?

I am very fond of India, but I am also very fond of New York. New York is the only metropolis which manages to be “small,” small like Renaissance Venice and Florence, or like Baroque Rome. To be able to see your favorite artist, or your least favorite, walking across the street, grounds you in your reality, just like it grounds you to constantly come across people who are more intelligent than you or more ambitious than you or more insufferable than you. America offered me a coherent narrative to play against or, at times, with. The conformism of America is a great strength; everyone seems to move at once in the same direction.

You also did some amazing work with artists like Andy Warhol and Jean-Michel Basquiat — did those collaborations also offer inspiration?

I personally loved Basquiat and Warhol very much. Warhol was surprisingly generous from the first time we met, and Basquiat worked across the street from my studio. When we would go out at night, I would have to hail a cab for him as cabs would not stop for him, which I found strange. Warhol’s intelligence showed in how non-reactive he was. To sit in front of him was like sitting in front of a mirror, everyone saw a different person. But I also grew up reading Allen Ginsberg, Gregory Corso, and Robert Creeley — and I collaborated with all three during my time in New York. There is no greater joy than to meet the heroes of your teenage years.

And what about living in New York these days? Are you still as fond of the city as always?

If you love someone and they are wounded, you love them even more.