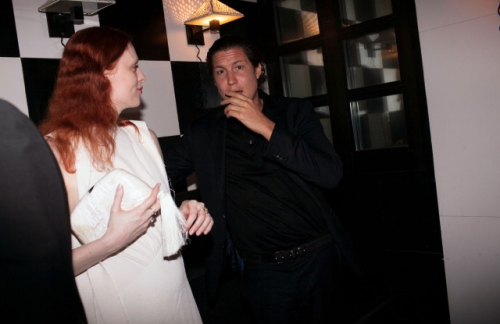 Like most things these days, the Tribeca Film Festival is pivoting online.

The film institution, together with Chanel, said today that select programming from the 19th annual festival, which was to be held in downtown Manhattan later this month, will be presented online. The 2020 Art Awards, sponsored as usual by Chanel, will happen digitally this year, featuring the work of Tribeca alumni and new pieces curated by Vito Schnabel. Artists picked by Schnabel include Rita Ackermann, Vahakn Arslanian, Francesco Clemente, Helen Marden, Robert Nava, Sterling Ruby, Julian Schnabel, Pat Steir and Gus Van Sant.

“I am honored to have been invited to assemble a cross-generational group of nine artists whose work captures the current mood of contemporary society,” Schnabel said in a statement. “This project is inspired by the connection between artists and filmmakers as natural storytellers, creators of narratives that accrue to a form of cultural journalism. Each artist included in this selection has a special relationship with both New York City and my gallery.”

“Now more than ever, it is important that we come together to celebrate the work of the amazing storytellers that give us laughter and craft the stories that unite us,” said Tribeca Film Festival cofounder and chief executive officer Jane Rosenthal. “It is our responsibility to honor these creators with the Tribeca Art Awards along with Chanel, our partners for the past 15 years.”

The artists involved in the Tribeca Film Festival are usually toasted with a Chanel-hosted dinner at Balthazar during the festival.