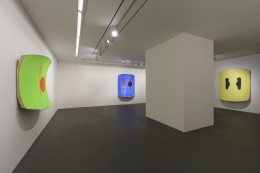 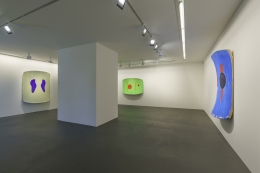 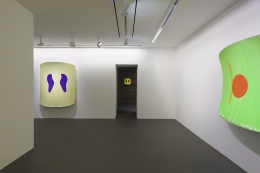 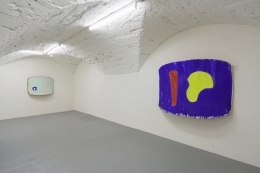 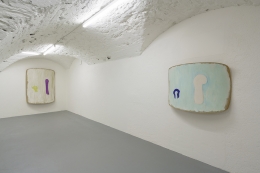 Gorchov is best known for helping to spearhead the shaped canvas movement with his bowed wooden frames, resembling saddles or shields, stretched with linen or canvas and marked with simple shapes of thin paint providing chromatic contrasts. As part of a group of artists in New York in the 1960s and ‘70s including Frank Stella, Richard Tuttle, Blinky Palermo and Ellsworth Kelly, Gorchov pushed painting to its extreme, defying Greenbergian formalism. Becoming a sort of hybrid between painting and sculpture, the warped edges of Gorchov’s canvases create new dimensions and depth, disorienting the viewer’s perception.

About Vito Schnabel:
Vito Schnabel is an independent curator and contemporary art dealer based in New York. He produced his first exhibition in 2003 at the age of 16. Prior to opening the gallery in St. Moritz in 2015, Schnabel presented shows in varied locations such as Galerie Bruno Bischofberger in Zurich, Switzerland, Acquavella Galleries in New York, a cloistered garden in Venice during the Venice Biennale, photographer Richard Avedon’s former studio, and the Farley Post Office in New York, carefully matching artists’ work with unique and temporary exhibition settings. In February 2015, he curated an exhibition of Ron Gorchov's paintings at Sotheby's S|2 in London, and in May, he presented a group show at the historic Germania Bank Building on the Bowery, which had not been open to the public since the mid-1960s. The exhibition included works by Joe Bradley, Dan Colen, Jeff Elrod, Ron Gorchov, Mark Grotjahn, Harmony Korine, and Julian Schnabel. In addition to the St. Moritz gallery, Schnabel has an office and private exhibition space in New York City where he conducts his daily operations. 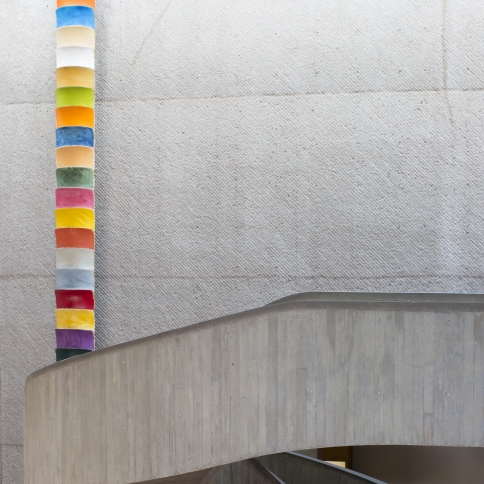 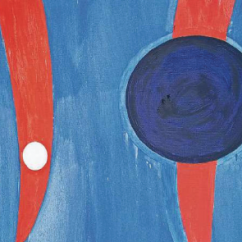