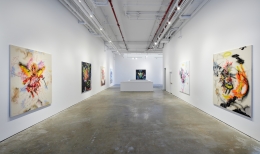 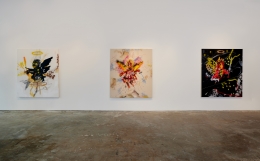 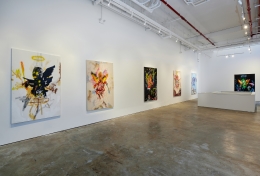 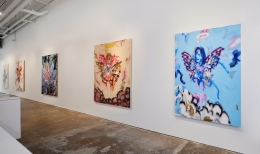 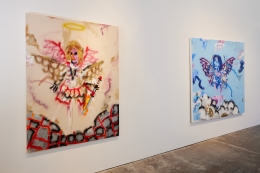 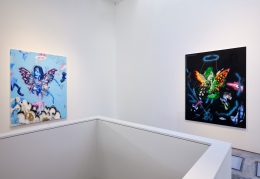 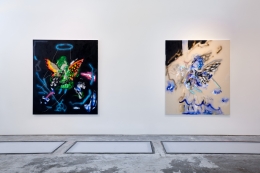 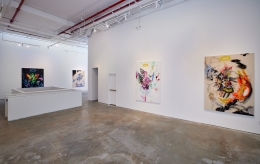 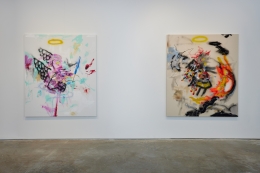 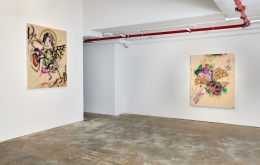 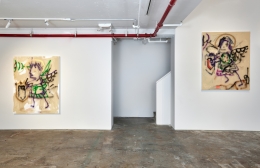 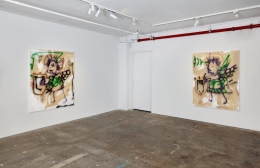 Beginning February 25, 2021, Vito Schnabel Gallery will present Robert Nava: Angels, the first New York solo exhibition for the Brooklyn-based artist. Angels will debut a new series of paintings devoted to the archetype of the seraphim, the winged figure that has animated art history since the early Christian era of the 4th century. With these works, the angel takes its place in Nava’s contemporary visual mythos, joining riotously colored monsters, knights, and chimerical beings that populate his deceptively carefree canvases and works on paper.

Robert Nava has attracted international attention for a vibrant and mischievous approach to figuration in which hybrid creatures pulsate in electric colors within the frames of large-scale paintings. Deceptively spontaneous, these images – heroes in battle brandishing their swords, beasts breathing fire, chariots roaring toward lightness or darkness – are developed in a rigorous process of sketching, then painstakingly committed to canvas through a variety of layered techniques calculated to subvert any sense of planning and structure. Nava’s ‘carefully done wrong’ works, executed in acrylic, grease pencil, and spray paint, are gleeful celebrations of color, line, and pop medieval references; they are likewise meticulous exercises in balance and opposition. Within the boundaries of a single painting or between multiple works spread across his studio floor, forces of rivalry and conflict erupt and dissolve not only among the depicted figures, but the modes of depiction themselves.

Nava’s distinctive visual language is highly personal. It is culled from a myriad of sources that range from ancient Sumerian, Egyptian, and Mayan art, and prehistoric cave paintings, to the powerfully symbolic mandala and such tropes of popular culture as gaming imagery and fantasy genre movies. With the exhibition at Vito Schnabel Gallery, angels take their place for the first time as his central subject and object. The winged seraph first appeared in the artist’s oeuvre in a 2017 painting entitled Angelina Jolie Joan of Arc. Rendered in the boisterous colors of acid green, violet, and azure, that composition depicts the 15th century French heroine as a helmeted warrior saint in profile, winged and holding a sword. As the title of this first foray into angelic subject matter suggests, Nava is fascinated by the ways in which history and mythology evolve over time, shapeshifting to accommodate their eras and redefining living individuals as timeless archetypes.

Confronting the depths and nuances of the theological study of angels, Nava’s new series finds the artist immersed in the subject both within the Abrahamic religions and, more expansively, in relation to polytheistic cultures, Near East religions, folklore, and ancient mythology. He explores the concept of the Seven Archangels and delves into the history and legends of descending angels who are enraptured by the dark undercurrents of their fall from grace. In his painting Seraphim and Clouds (2020), a blazing red angel is engulfed in flaming hues of crimson, orange, and gold. A pair of wings appear as if on fire, emitting a faint black smoke. Armed with a dagger, Nava’s central figure here exudes malevolence – more demonic than angelic. But the seraph, one of the highest ranking angels in Christian theology, assumes the guise of the fiery and eternal protector in order to fulfill his mission as destroyer of shadows and darkness.

Forces of the natural world both compose and confront the angels populating Nava’s new series. The classical elements—water, earth, fire, and air — appear to comprise the bodies and animate the spirits of his winged figures. In Asteroid Maker Angel (2020), for example, Nava depicts an angel who is more beast-like than human or divine. With large feathered wings and a golden halo, this celestial character faces an explosive, flaming asteroid streaking through space. The effervescent From Water to Sky Angel (2020) underscores the dichotomy and tension that Nava skillfully manifests in his art. In this painting, an ethereal angel rises from the mist, seeming to dissolve in its ascent toward heaven. Rendered in fluid strokes of blue and white, the work evokes the phenomenon of evaporation, of vanishing into thin air. In related works on view, the artist conjures an aura of radiance, with angels personifying stardust and wind. In dialogue with one another, the angels on view exert opposing energies, sitting and riding and flying between the tangible and intelligible, the mortal and the divine.

Robert Nava was born in 1985 in East Chicago, IN. He received his B.A. in Fine Art from Indiana University Northwest in 2008 and his M.F.A. in Painting from Yale University School of Art in 2011. Solo exhibitions of Nava’s work have been presented at Night Gallery, Los Angeles, CA; Sorry We’re Closed, Brussels, Belgium; Pace Gallery, Palm Beach, and V1 Gallery, Copenhagen, Denmark. His work has also been included in group exhibitions at Jeffrey Deitch Gallery, Los Angeles, CA; Carl Kostyal, Malmö, Sweden; and Safe Gallery, Brooklyn, NY, among others. Nava’s work is included in the permanent collections of The Art Institute of Chicago and the Institute of Contemporary Art Miami. 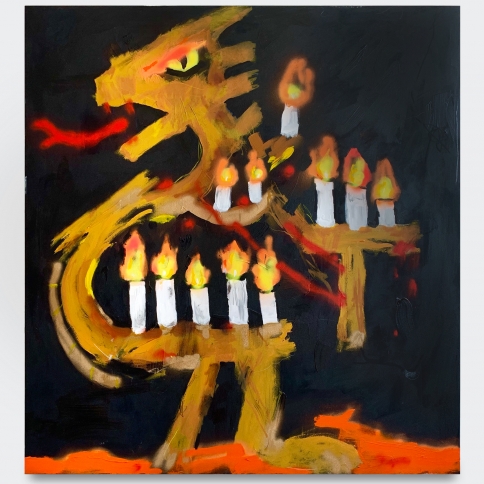 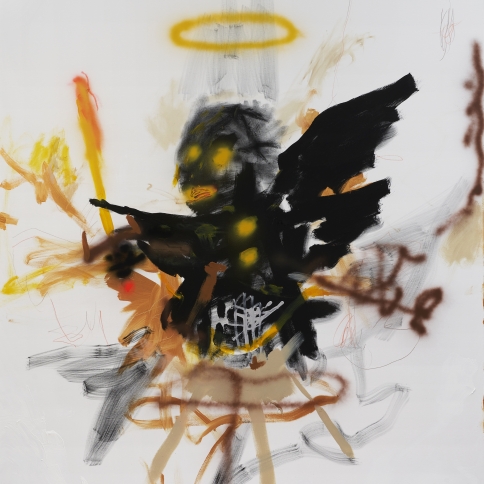 Robert Nava | Birds Then, Must Be Our Earthly Angels On the Wing
Madison Douglas, Flaunt April 5, 2021 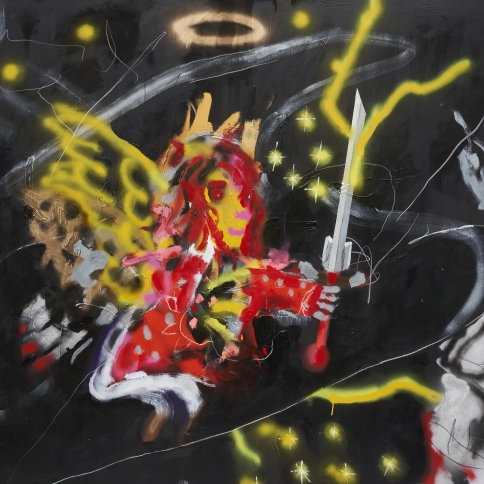 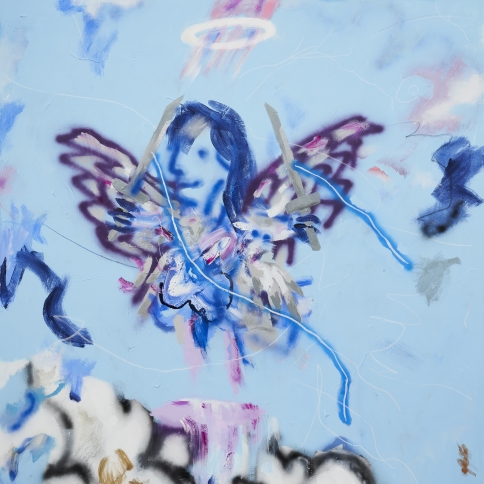 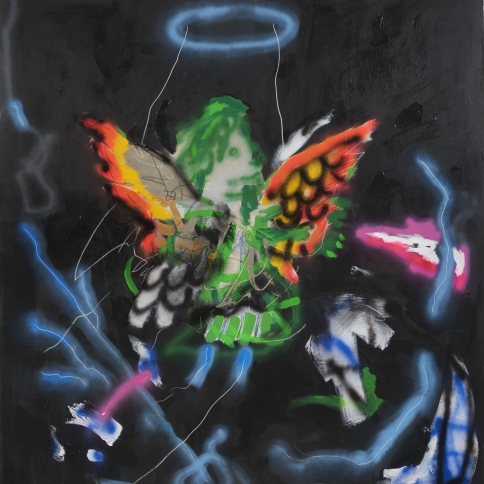 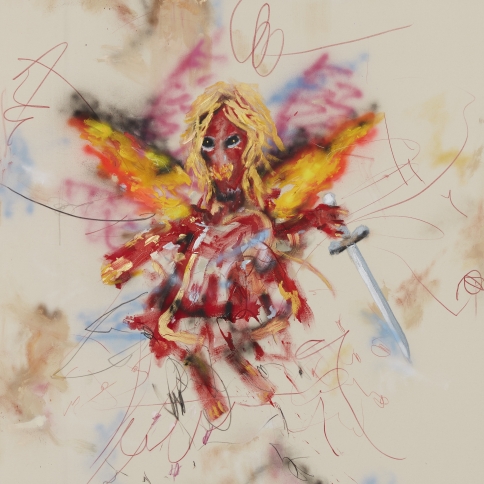 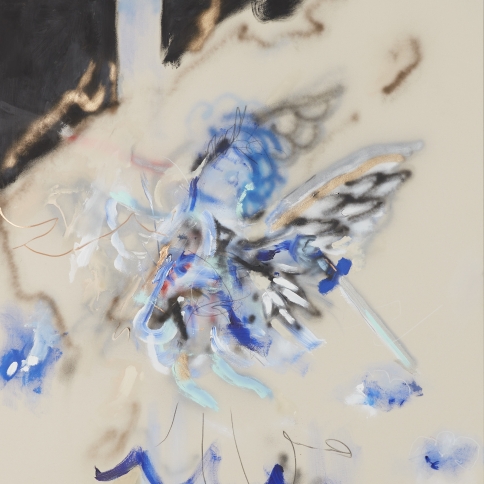 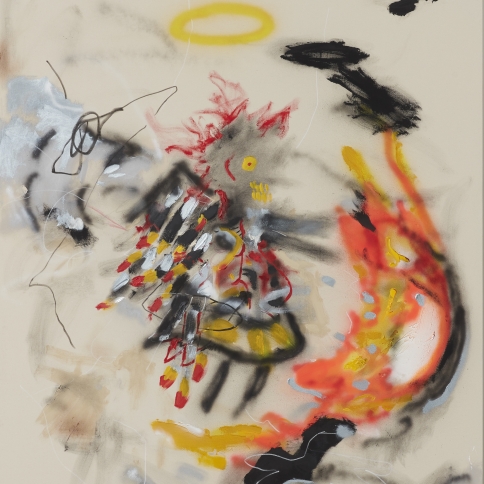